Channel Seven have sacked journalist Amy Taeuber after she complained to News Director Graham Archer about being sexually harassed by fellow Channel 7 journalist Rodney Lohse. The cover-up is in full swing right up to board level at Channel Seven’s owners, Seven West Media, and the parent company Seven Group Holdings whose CEO is Ryan Stokes.

As part of the attempted cover-up by Channel Seven I received a phone call from Graham Archer, on the instructions of Ryan Stokes, asking me to take down a previous article I had published on the scandal even though there was no legal basis to do so. I ignored the request and the article is still on this website. (Click here to read the article)

Kerry Stokes, father of Ryan, has form on the board for this type of conduct. In the 1990’s he sacked a whole Today Tonight crew in Melbourne including the host Jill Singer with whom Mr Stokes was having a sexual relationship. I discussed in more detail in a previous article on Amy and Sophie Taeuber on the 9th June 2016. (Click here to read the article)

Rodney Lohse is a former executive producer and host of Today Tonight in Brisbane and made the move to Adelaide over a year ago and is rumoured to be on more than $250,000 a year. Amy Taeuber made a complaint directly to the News Director Graham Archer about being sexually harassed by Rodney Lohse. 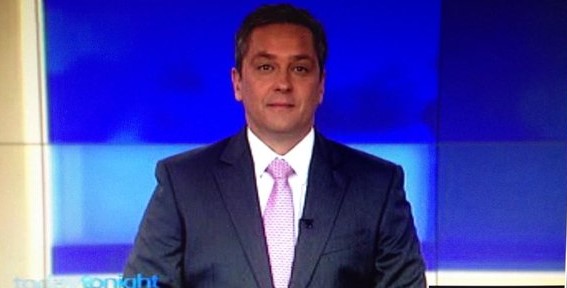 Rodney Lohse – accused of sexually harassing Amy Taeuber – Below is a message on Twitter where he identified himself as a Channel 7 journalist and then used poor taste sexual innuendo on the public forum Twitter with an ABC journalist implying that Seven’s advertising customer Woolworths possibly sells food that will give you the sexually transmitted disease crabs (as per below Tweet).

The day after Amy Taeuber lodged her complaint with Graham Archer, it’s understood Archer, Lohse and other Seven staff members had a meeting which only had one topic on the agenda; how to get rid of Amy Taeuber. At the meeting it was also decided that Amy’s sister Sophie, a journalist at Seven’s Today Tonight, also had to go as she was a witness to the sexual harassment.

Channel 7 brought in the HR people, who were based at Channel 7 in Melbourne, to sweep the sexual harassment complaint under the carpet and line up reasons to get rid of Amy and Sophie.

A few weeks later Amy was told by Channel Seven HR that there was no basis to her sexual harassment complaint and it had been dismissed. A couple of days after Amy and Sophie were suspended for allegedly breaching Channel Seven’s internet policy.

At this point The Advertiser in Adelaide published a story regarding Amy and Sophie giving the basic details of the suspension and saying they had been “victimised” by Seven management. (Click here to read more)

Insiders say Archer was so concerned after the women’s suspension leaked to the media, he held a staff meeting the next day allegedly threatening staff in regards to speaking to the Taeuber’s and along with Adelaide Station Manager, Tony Davison, declared the truth will come out and stated they would never let anyone be victimised in their office. At the same time Archer was supposed to be impartially sitting in judgement of the women for breaching Channel 7 internet policy but he had not yet formally interviewed them about the allegations. Archer had obviously already pre-determined his judgement.

As a side note Station Manager Tony Davison embarrassed Channel Seven in 2012 for using company stationery to endorse Liberal candidate Anne Ruston. One has to wonder who is running the company. 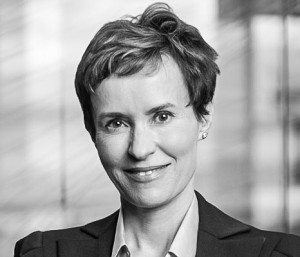 Sheila McGregor is a director of Seven West Media and a lawyer at Gilbert + Tobin lawyers in Sydney and refuses to answer questions that I have sent her or take action regarding the sexual harassment cover-up at Channel 7 in clear breach of her Directors Duties.

In Sophie’s case the constructive dismissal worked because she was a freelancer with Channel Seven and wasn’t getting paid while she was suspended. So after 5 weeks of being suspended and with no decision on the alleged abuse of internet policy she found another job.

A constructive dismissal is unlawful and people who have suffered it can institute proceedings in the Fair Work Commission for compensation or to get their job back.

Amy was a cadet at the station and being paid while suspended but was sacked on Tuesday the 5th of July 2016 which is 5 days after the phone call I received from Graham Archer on Friday the 1st of July 2016 trying to get me to take down the article of Amy and Sophie’s suspension. 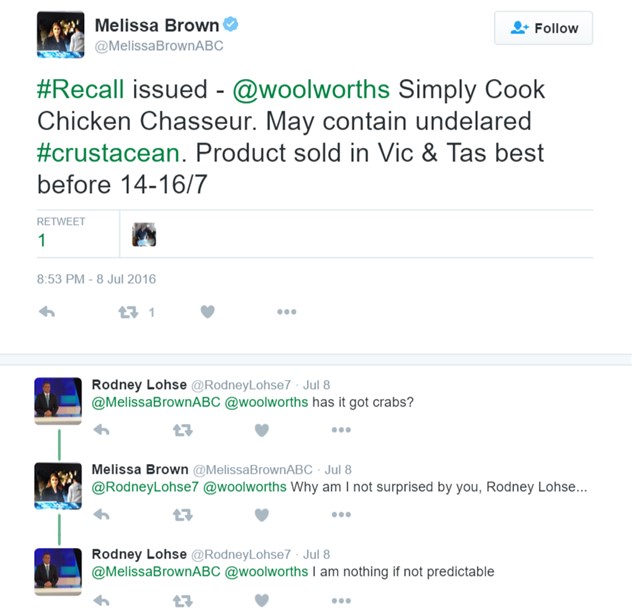 Rodney Lohse’s above message on Twitter raises many questions. A few being:

Sexual harassment and assault is not uncommon in the media and entertainment industry and Roger Ailes who is chairman and chief executive officer of Fox News which is controlled by Rupert Murdoch is currently facing a sexual harassment lawsuit and possibly being sacked. (Click here to read more) News Corp seem to be taking the right action and so should Channel Seven.

The directors of all companies have duties and ultimate responsibility for OH&S issues. In most states it is a criminal offence to sack someone for complaining about an OH&S issue. In NSW it is covered by the Work Health and Safety ACT 2011 – Part 6 – DISCRIMINATORY, COERCIVE AND MISLEADING CONDUCT – Section 104 Prohibition of discriminatory conduct

I have direct evidence that senior Seven executives and directors Ryan Stokes, Tim Worner and Graham Archer tried to cover it up. Graham Archer phoned me on the 1st of July approximately 2 hours after I sent Ryan Stokes, Tim Worner and ACCC Chairman Rod Sims an email that day. Mr Archer wanted me to take down my previous post on the Taeubers because he said it made him look like someone who sexually harassed women which he assured me he did not. I thought he had outed himself as the one who was complained about and I emailed questions to senior management at Seven last week. (Click here to read the email)

Mr Archer’s reason for asking me to take down the article was a lie and the real reason they wanted me to take it down is because they thought the corruption I wrote about in the article might interfere with their current dealings with the ACCC, an article about which I will write in the near future.

After I investigated further I found out that the complaint was against Rodney Lohse and I emailed further questions to Seven management. (Click here to read the email)

What happened to Amy and Sophie is a cultural issue within Channel 7 and also a business decision that is driven by Ryan Stokes’ father Kerry Stokes who controls Seven West Media. Some companies sack staff who complain about harassment because they think they are keeping their costs down because it sends a message to other staff not to complain. This is the decision Channel Seven have taken and it is really a stupid decision as it leads to extremely low morale with staff and a major decrease in productivity. And then there is also the massive backlash when someone fights for their legal rights and it becomes a public scandal.

I have had no response to the numerous emails I have sent Seven West Media management, their Directors and their lawyers since Wednesday the 13th July until a few hours ago just before the publication time I gave them. Their lawyer Richard Keegan says “Neither Seven, its directors or lawyers intend to respond to misinformed and ill-judged allegations.“. The response is a joke especially coming from a media company that expects others to answer their questions.

There’s plenty more to come in this story, especially if it ends up in court for unfair dismissal, and I’ll keep watching.